Known for Reliability since 1921

Dorian Drake’s Food Service Group is the sales and marketing representative of the Biro brand of meat processing equipment in its markets. Since 1921 the BIRO® Manufacturing Company has developed and manufactured safe and reliable food processing equipment to meet the various requirements of the food processing industry.  As the leading producer of quality meat processing equipment, they carry a full line of equipment which includes meat saws, meat tenderizers, mixer-grinders, tabletop grinders/mincers, floor model grinders/mincers, meat room/deli slicers, horizontal slicers, vacuum tumblers, poultry cutters, frozen block chippers, and patty/food formers. Service is available from locations worldwide. Biro can custom design and build any of their meat equipment to meet the demanding needs of today’s Meat Processors. BIRO also designs and builds special food processing machines according to customer specifications. A wide variety of models are available from which to select as well as a number of electrical motor and controller options. It is important that electrical specifications for your particular application be specified when inquiring.

Carl G. Biro, Sr. was an American immigrant who founded the seedling company of BIRO Manufacturing in the early 1920’s. Carl had a humble beginning as the son of a local blacksmith in his native country of Hungary. After settling in America, Carl became an apprentice who attended technical school at night and on the weekends. Eventually, Carl became the proprietor of his own meat market. During his proprietorship, he realized the need for a practical machine which would cut meat more effectively. Thus, in 1921, unable to ignore his ambitions of creating a practical meat cutter, Carl decided to dispose of his meat market so that he could devote more time to his concept. He leased an old church and used the equipment which was available and affordable at the time to pursue his “American Dream” and produce the first BIRO Power Meat, Fish and Bone Cutter. With their equipment used worldwide, the BIRO Manufacturing Company markets over 35 items, and has had tremendous growth from the tiny seedling factory conceptualized by Carl Biro during the early 20’s!

The concept is for optimum performance and efficiency with safety and sanitation as priority in the design process. Biro specializes in being able to modify machines to meet the customers’ requirements. 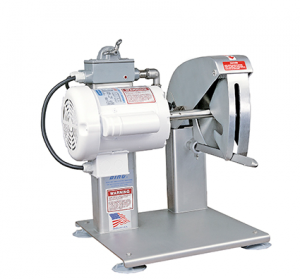 The concept of a “better buy” for the customer is not only based on initial acquisition cost, but more importantly machines built to last longer. There’s increased productivity throughout the machine’s life because of less down time.

The customer will realize lower maintenance costs with reasonably priced parts that can be purchased with each piece of equipment sold. Quality parts require less frequent replacement thus less labor is needed. The quality of BIRO parts in relation to cost is the most competitive in the industry. Biro Products are proudly made in the USA ( Slicers are custom made for Biro in Italy)

For more information, speak to a Biro authorized representative from Dorian Drake International. For additional information contact us.