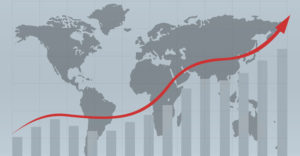 Our post in May highlighting a brightened outlook for U.S. exports also cautioned how the tariffs soon to be imposed on U.S. imports could cast a shadow on an otherwise sunny horizon.

Two things are now clear: The prospects for export have dimmed considerably, and the import tariffs, now implemented, are forcing many U.S manufacturers to raise prices, thus weakening the competitive position of many U.S. exporters in markets around the world.

We cited in our May post, a January 26 New York Times article that stated “a decade after the world descended into a devastating economic crisis…every major economy on earth is expanding at once, a synchronous wave of growth that is creating jobs, lifting fortunes and tempering fears of popular discontent.” We also cited statistical data showing that the key economic indicators in many of our best export markets—prices for oil and key minerals—had risen considerably since bottoming out in 2015 and 2016.

Since then, economic conditions for various reasons have soured in many emerging export markets—most notably in the Middle East and Latin America—and the global economic outlook is not nearly as bright as it was earlier this year. Currencies in many key export markets have tumbled in value against the U.S. dollar, making U.S. products more expensive for buyers to import. 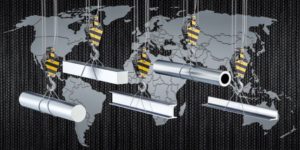 Compounding matters have been the widespread price increases imposed by U.S. manufacturers, particularly those dependent upon imported steel and aluminum, which have been subjected to increases of 25% and 10% import tariffs, respectively. Some of our principals have noted that their aluminum and steel suppliers have raised prices even higher than the tariffs have dictated, in an apparent attempt to improve profit margins.

Against this backdrop, more than twenty-five of the approximately seventy manufacturers Dorian Drake represents across five different industries have taken the unusual step of raising prices at mid-year, with many citing import tariffs as the cause. Some of the price hikes have been manageable 3 – 5% steel or aluminum “surcharges,” but others have been double-digit percentage increases, among the largest we’ve ever seen. In the global marketplace, U.S. products typically are among the most expensive; the combination of a stronger U.S. dollar and tariff-driven increases is making it even tougher for U.S. exporters to compete.

“The import tariffs are killing us, really killing us, “the vice president of sales and marketing for one our leading industrial manufacturer clients said recently. “Our aluminum costs are up 25%. Our stainless steel costs are up 40%. Instead of using tariffs to take back market share, U.S. suppliers are merely driving up prices. We have no choice. We have to raise prices, too. If the intent of the tariffs was to save American jobs, it’s not working.”

Proponents of U.S. trade strategy argue that the tariffs are needed to compel foreign governments to lower import tariffs and eliminate other policies detrimental to U.S. exports.

In an opinion piece published in the New York Times on July 31, Steve Forbes, chairman of Forbes Media, and two economists who serve as informal economic advisers to President Trump noted that, “This is a winning strategy that we’ve long endorsed with our friends at the White House because it is fully consistent with what Mr. Trump has often told us: his threat of tariffs is a negotiating tactic to get to lower trade barriers and a ‘level playing field.’” They cited the agreement the Trump Administration reached with the Europe Union in July to jointly “lower tariffs and other barriers to each other’s exports” as proof this approach can work. 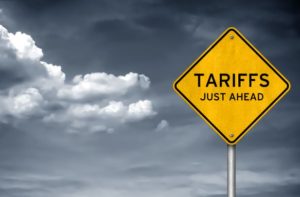 The authors acknowledged that higher tariffs have resulted in higher productions costs for U.S. manufacturers and “retaliatory tariffs imposed on products grown or manufactured in America. This has hurt farmers, the stock market and economic growth.” But, they concluded, if successful, “Mr. Trump’s hardline stance with China will deliver long overdue concessions from Beijing that could enhance American economic and national security interests while averting a brutal escalation in the trade war that could hurt both our economies.”

Let’s hope they’re right. In the meantime, the import tariffs and subsequent costs increases have proven to be a bitter pill for many U.S. manufacturers to swallow. “I know what he (President Trump) is trying to do,” said the CEO of a Dorian Drake U.S. manufacturer client in the foodservice equipment industry that recently announced a price increase, “But right now it’s not helping anybody.”