Each year, for six weeks beginning in late October, we take a deep dive into our business plan. We meet for three to four hours with each of our 30 field sales managers and their supervisors reviewing sales plans, marketing initiatives, travel schedules and key account strategies for the year ahead. It’s the one time each year when we take a market-by-market, account-by-account look at our business in various corners of the globe.

Our plan review this year provided another reminder that we’ve been sailing into headwinds for most of the last two years. The curtailed growth rates in the so-called BRIC markets—Brazil, Russia, India and China—are  well chronicled, though driven by different forces in each market. While these trends have affected our business, we have been impacted even more by the downturn in mining activity, a key economic driver, in markets such as Peru, Chile, South Africa, Indonesia and Australia, all traditionally strong Dorian Drake markets. Combine this with a relatively strong U.S. dollar and the steep decline in oil prices–a key revenue source in many of our largest markets—and the outlook for 2015 reveals more headwinds ahead.

But as seems to happen every year, discussions with our global sales team revealed some markets where the sailing will be smoother next year.  What follows is a quick, anecdotal look at markets, including a few surprises,  where business prospects are trending up as we head into 2015:

Latin America and the Caribbean 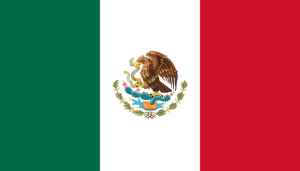 Mexico: Despite the political backlash confronting Mexican President Enrique Pena Nieto over the police abduction and apparent murder of 43 students in September, our sales managers covering Mexico are bullish about business prospects in Mexico next year.

Javier Baez, our Automotive Group’s Mexico country manager based in Monterrey, cites Kia’s plans to build a new manufacturing plant near his home city, projected to produce 3,000 new jobs, as an example of the confidence foreign investors are showing in the Mexican economy.

James Castro, our Hardware/Lawn and Garden Group’s area manager responsible for Mexico, similarly points to new investments being made in Mexico by Pepsico and Nestle as further evidence of foreign investor confidence. “With rising costs to produce and ship from China,” Castro notes, “manufacturers increasingly are looking south of the US border.”

Jaime Escobar, our Industrial and Environmental Group Regional Manager responsible for Mexico, points to the Mexican Government’s budget approval of 24 new water treatment plants in 2015 as yet another positive sign, though he says his optimism is tempered by customers who express skepticism that the government will deliver.

Colombia: Virtually all of our sales managers covering South America cite Colombia as an economic bright spot in South America. 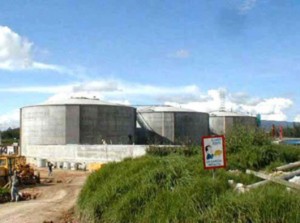 Luis Gordon, our Automotive Group Area Manager based in Panama City, points to a “decrease in crime, increase in investment, agriculture, mining, and tourism” as evidence of Colombia’s economic vitality.

Escobar notes the government’s investment in two major waste water treatment projects and a number of other smaller waste water projects as positive signs for our environmental business in 2015.

Juan Gomez, our Hardware/Lawn & Garden Regional Manager responsible for South America, similarly believes the outlook for Colombia is positive next year, pointing to  the country’s 5% growth rate and its position now as a magnet for foreign investment in the Andean region.  ”The downside,” he notes, “is that competition there is fierce.”

“Panama is the country in the regions with biggest growth the last five years,” says Gordon, of his home country. “The retail channel should continue its steady growth due to the increase of supermarkets chains and home centers.”

Ricardo Curi, our Foodservice Group’s area manager based in the Dominican Republic responsible for Central America, agrees, noting that “the Panamanian economy is very strong.”

Both men see a similarly positive outlook for Nicaragua. Gordon says he sees there “expansion in construction, manufacturing, commerce and public services.” He notes also that the plan to build a canal there, despite public opposition, “has created high expectations in the construction sector, and this may be a big opportunity for our heavy duty lines for the next five years.”

Curi notes that the environment for foreign investment in Nicaragua is particularly good now because the government is offering foreign incentives to invest there. “The hospitality industry is growing,” says Curi, but not quickly as “health and agricultural industries,” which he believes are among the country’s fastest growing sectors.

Western Europe: Among the few bright spots in Western Europe, the Irish economy is finally showing signs of a sustained recovery, albeit things there could not have been much worse. In the United Kingdom, the British pound has held its own against the dollar and the Euro, unemployment levels have declined and the economy’s 3% growth rate is Western Europe’s best.

Jeff Bell, our Automotive Group’s European area manager based near Manchester, sees an improved business climate in the UK, noting that “banks are starting to lend to businesses here in the UK, something that seemed impossible two years ago.” Bell qualifies his optimism by pointing out that the UK Government austerity initiative “has systematically reduced 103,000 civil service jobs over the past four years, and funding for social services has been squeezed by up to 20%, forcing many projects and jobs to be lost.”

Poland and Hungary, Eastern Europe’s largest economies, are showing signs of growth, whereas two Baltic markets, Lithuania and Estonia are hitting their stride. Notes Miroslav Lochman, our Hardware/Lawn and Garden Group area manager responsible for Eastern Europe based in the Czech Republic, “Infrastructure development in” Lithuania and Estonia ”is going crazy. They’re rebuilding their countries.”

Bell echoes Lochman’s sentiments, noting that US exporters “should look to shift their focus to Eastern Europe, as these are the up-and-coming ‘hot spots’ within our region, offering growth potential hard to match in mature Western European markets, where many exporters already have established distribution.”

The Saudi Arabian royal family has committed an estimated $86 billion for the King Abdullah Economic City, a 173 sq. km industrial, business, residential, retail and port development now under construction along the Red Sea Coast. It is merely the most ambitious of six municipal development projects now underway in various locations around the Kingdom. These investments should keep suppliers and contractors busy throughout 2015 and beyond.

The United Arab Emirates, while oil-rich, has one of the more diversified economies in the region, with strong trading, finance and tourism sectors, and should continue to offer growth opportunities next year, as well.

Egypt inspired some positive commentary, too.  Murtaza Kapadia, our Industrial and Environmental Group Middle East area manager based in Dubai, points to various high-profile Egyptian public sector projects, including the Suez Canal expansion, and the government’s commitment to rehabilitate and expand the country’s power generation capabilities as examples of much needed infrastructure development. “There seems to be a cautious optimism in Egypt with the new military rule,” Kapadia says.

Nick Kimmel, our Foodservice Group’s regional manager based in France responsible for Egypt,  says that the country is “definitely experiencing an upward trend.” Kimmel notes that postponed projects are now being re-quoted and distributors are re-ordering for stock. “Egyptians are going out to eat in restaurants, showing confidence in the new government and economy.”

Asia and the Pacific

Southeast Asia: Fueled by infrastructure development, a number of Southeast Asian countries will also continue to grow at a healthy clip next year.

Loh Yeat Hui, our Industrial & Environmental Group’s  area manager based in Malaysia, cites major mass rapid transit projects now underway in Malaysia and Thailand, new investments in green technologies throughout the region, and Malaysia’s construction of a massive new integrated refinery and petrochemical complex, to be completed by 2016, as just a few examples of major project activity in the region.

In the automotive sector, Loh notes, “The Thai Government now offers a special tax incentive to young graduates to purchase small cars as their first car,” a policy designed to stimulate car sales. He notes also that “Japanese and German automotive manufacturers continue to invest in new automotive plants in Thailand, Indonesia, Malaysia and Vietnam to satisfy growing demand.” 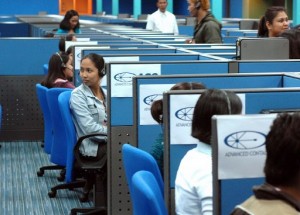 Catherine Koh, our Foodservice Group’s Area Manager for Southeast Asia based in Malaysia, likes growth prospects in Indonesia under new populist president Joke Widodi, who has promised a number of economic reforms designed to stimulate the economy. Koh also likes prospects in Myanmar, a country that has opened its markets and has begun to attract foreign investment.

Koh’s Foodservice Group colleague, Dolores Javel, based in the Philippines, likes growth prospects there, too. Javel notes the government’s approval of four major integrated casino projects in Manila, two of which have already opened, with the others opening soon. Javel points also to the 900,000 new business processing and call center jobs that have been outsourced to Filipinos, “strengthening remittances from international companies and increasing consumer spending.”  Says Javel: “It is these young call center agents that you will see frequenting coffee shops , restaurants and bars after office hours, providing positive growth to the foodservice sector.”

The BRIC markets and the other mineral-rich, traditionally strong markets for Dorian Drake will continue to command much of our attention next year. Even if these markets don’t yield much growth, they offer volume opportunities that would be difficult to duplicate elsewhere. But you can be sure that our sales managers will be spending a fair share of their time in the markets highlighted in this report, too. We’re planning on it.